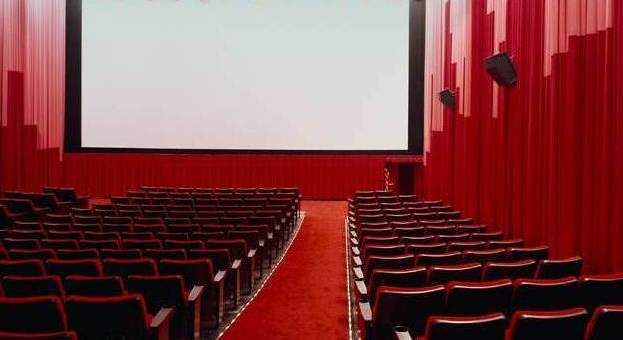 You'd be hard pressed to find a more worthy film subject than Mexican-American civil right leader Cesar Chavez, who championed the cause of the migrant worker in California. However, he is deserving of a better effort than the new drama "Cesar Chavez," a well-acted but scattered and unsatisfying tale that barely scratches the surface of Chavez's many accomplishments. The film follows Chávez's (Michael Pena) efforts to organize 50,000 farm workers in California, many of them temporary workers from Mexico  With poor working conditions for the workers, who also suffer from racism and brutality at the hands of the employers and local Californians, Chavez forms a union for the workers to get better wages, at the risk of his own life and health. Directed by actor Diego Luna ("The Terminal") in his English-feature directing debut, "Cesar Chavez" is an uneven, somewhat incoherent look at Chavez's struggles to organize a more perfect union for the migrant workers in California. It goes in too many directions, a little here on family, a little here on the unions, a little on his personal life, though it's not revelatory into any new details into Chavez's life. Pena is an affecting Chavez and he gives a strong performance amongst a talented cast that includes America Ferrera, Rosario Dawson and John Malkovich as one of the evil winery owners. "Chavez" is most successful when it's focused in the area of the organization of the unions, though it falters under the flat direction of an inexperienced director such as Luna. "Chavez" has a handful of inspiring moments thanks to Pena's believable performance, but in the end it comes up unsatisfying, lacking power and relevance that could've been better served by a tighter script and a more focused direction. The story of "Cesar Chavez" is a worthy one, but it needs a better film effort than this.

The epic new film "Noah" from acclaimed director Darren Aronofsky ("Black Swan") isn't a faithful, literal interpretation of the Biblical story of Noah's ark, but what a sublime, creative interpretation it is, bound to cause plenty of controversy amongst the Evangelical Christian set. Vastly entertaining, highly watchable though flawed and uneven in places, most of it works remarkably well. In a world ravaged by human sin, Noah (Russell Crowe) and his family (Jennifer Connelly, Logan Lerman and others) and  is given a divine mission: to build an Ark to save creation from the coming flood. Directed and co-written by Aronofsky, the visually enticing, affecting and well-acted "Noah" may be a divisive film with some, but the basic themes of sin, the fall of man and God's mercy ring true. Of course, some (Biblical scholars) may not appreciate some of the liberties that Aronofsky takes with the story, altering some details of the story, not to mention some egregious interpretations (namely with that of the crusty angelic beings The Watchers, which gives it a "Lord of the Rings" feel yet is one of the few things that doesn't work). Still, Crowe is perfectly cast as Noah, and the sublime visuals add some entertainment value, particularly with all the animals, the built-to-scale Ark and the tense, impressive flood scene, which seems much more expansive and epic here than in previous versions. "Noah" isn't perfect; much of Aronofsky's creativity pays off and the expensive film works much better than you might think, though it's a little muddled in its initial chapters and some may be disappointed that the flood, which takes center stage in the trailers, doesn't come until mid-film. "Noah" takes better shape later on, and the themes of mercy, family and forgiveness are relevant. Whether or not you're a believer, you will appreciate this intriguing, highly entertaining version of "Noah," just see it for yourself before you criticize it.

"Omar" is a gripping, tense Palestinian thriller about love and betrayal

Familiar yet engrossing, the new Palestinian drama "Omar" touches on themes we all know about: family, friends, ideals that are all important to us and things we must often choose to accept or give up. Omar (Adam Bakri) is a Palestinian baker who routinely climbs over the separation wall to meet up with his girl Nadja (Leem Lubany). By night, he's also a freedom fighter with his childhood friends Tarek (Eyad Hourani) and Amjad (Samer Bisharat). Arrested after the killing of an Israeli soldier and tricked into an admission of guilt by association, he agrees to work as an informant. Omar must choose - either be faithful to the cause - or lose everything by betraying. Directed and co-written by Hany Abu-Assad ("Paradise Now"), "Omar" is a captivating, often poignant example of how the Middle East conflict is so distant but is filled with themes we in the West can relate to as well. Nominated for the Best Foreign Film Oscar at this year's Academy Awards, it's also superbly acted by newcomer Bakri in the lead, and his warm chemistry with Nadja is among the film's highlights. Part thriller and part love story, it's really nothing new with other recent films ("Bethlehem") touching on similar themes, though the added love story helps add a little emotion to "Omar's" story. It's also peppered with blood and violence, and that may keep some away from the captivating, touching "Omar," which is one of 2013 best imports.

Wes's Grade: B
Posted by Wes Singleton at 5:04 PM No comments:

The facetiously delightful new dark comedy "Bad Words" is the sublime directorial feature debut for Jason Bateman ("Horrible Bosses"). Part revenge flick, part satire and loads of profane fun until it reaches its quaggy final act, "Bad Words" is a strong Rated R because it has plenty of them. Guy Trilby (Bateman), a 40-year-old high school dropout gets his revenge by finding a loophole and attempting to win a spelling bee as an adult. Along the way, he befriends a female reporter (Kathryn Hahn) and a young Indian contestant (the wonderful Rohan Chand from "Homeland") who he exposes to the wilder side of life. Irreverent, implausible but chock full of entertaining moments, "Bad Words" is its best when it lets loose and doesn't care what you think, which happens often in the first part of the movie. Bateman (who also co-produced) should be commended for his impressive direction, and even better, choice of a serviceable script by Andrew Dodge and a talented cast that is rounded out by Ben Falcone, Philip Baker Hall and always hilarious Allison Janney, underused here but making the most of an underwritten role. The dark bite of the first two acts seems lost in the softer final act with an ending that seems out-of-place and rewritten to appeal to a wider audience, not to mention anti-climactic given Guy's unique backstory. Still, there are some well-placed, laugh-out-loud moments in "Bad Words" with obvious design to shock that should please those who enjoy the low brow. With a decent script, a charming cast and some enjoyably dirty moments, "Bad Words" is both piquant and convivial, and one of the year's most inimitable new comedies. Worth a look, but leave your spell checker (and your kids) at home.

Wes's Grade: B
Posted by Wes Singleton at 8:48 AM No comments: